Diabetes is one of the biggest problems for the young and the elderly today! 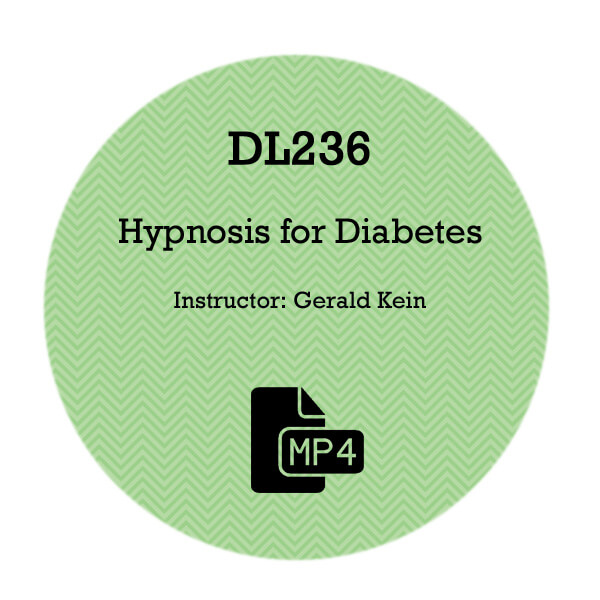 If diabetes is not treated properly, the disease can be fatal! In this program you are taught how to work with the three most prominent types of diabetes.

Type 1 – This is the type that requires one or more daily insulin injections.

Type 2 – This type occurs most often as an individual grows older and is usually controlled by oral medication.

Gestational diabetes – This happens to a percentage of pregnant woman. It frequently causes “Fat baby syndrome.”

In this easy to learn, powerful, training program you will discover how hypnosis can be very effective in controlling all three of these conditions.

Being a diabetic for many years, I was highly motivated to discover if hypnosis would be a viable method for controlling diabetes. Using the techniques shown in this program, I have been medication free for over three years!

Diabetes is such a major challenge today, if you become adept in this area, the potential for unlimited clients truly exists!