John Gottman – The Science of Trust and Betrayal

John Gottman – The Science of Trust and Betrayal

Description of The Science of Trust and Betrayal 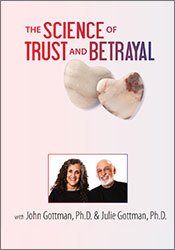 World renown relationship expert, Dr. John Gottman’s newest research reveals the dynamics of betrayal and how to safeguard (or heal) your relationship.  Based on this research, Dr. Gottman will discuss his new theory of how to conceptualize “trust” and “betrayal” using interdependence game theory during this recording. Trust and betrayal metrics here are not personality traits, but characteristics of daily interaction processes.

Join Dr. Gottman as he presents practical flowcharts for how couples build trust and loyalty, versus how couples build distrust and betrayal. The social skill of “emotional attunement” will be described precisely. New strategies for preventing distrust and betrayal, and strategies for healing from betrayal will be presented. During this presentation, these concepts will be illustrated from actual cases.

The Science of Trust

Healing From An Affair

Who is The Science of Trust and Betrayal for 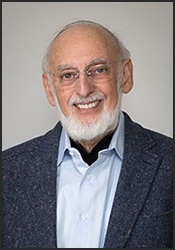 John Gottman, Ph.D., is Professor Emeritus of Psychology at the University of Washington, where he established what the media called, “The Love Lab,” and conducted much of his award-winning research on couple interaction and treatment. Dr. Gottman has studied marriage, couples and parent relationships for nearly four decades. He has authored or co-authored 119 published articles as well as 44 books, including: The Seven Principles for Making Marriage Work, The Relationship Cure, Why Marriages Succeed or Fail, and How You Can Make Yours Last, Raising an Emotionally Intelligent Child: The Heart of Parenting, And Baby Makes Three and The Marriage Clinic.

Dr. Gottman, together with his wife, Dr. Julie Schwartz Gottman, is the co-founder of The Gottman Institute, which provides clinical training, workshops, services, and educational materials for mental health professionals, couples, and families. He is also the co-founder and Executive Director of the Relationship Research Institute which has created treatments for couples transitioning to parenthood and couples suffering from minor domestic violence.

Financial: Dr. John Gottman is the Co-Founder of The Gottman Institute and has an employment relationship with the University of Washington. Dr. Gottman receives royalties as a published author. He receives a speaking honorarium, book royalties, and recording royalties from PESI, Inc. He has no relevant financial relationships with ineligible organizations.
Non-financial: Dr. John Gottman is a member of the American Association for Marriage and Family Therapy and the American Psychological Association. He has no relevant non-financial relationships.

Tony L. Sheppard – Suicide and Self-Harm in Our Youth