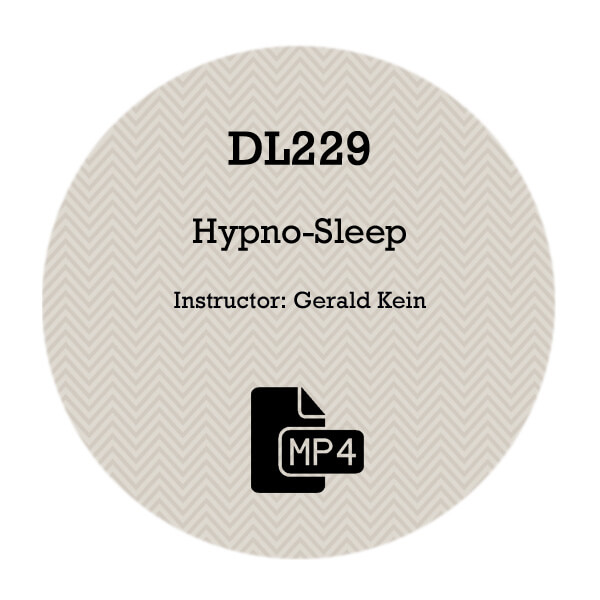 An exciting deep level of trance discovered by the legendary Dave Elman!

Dave Elman considered this level of trance he named Hypno-Sleep to be the deepest level of hypnosis possible.

It is much different than somnambulism or the hypnotic coma. Hypno-Sleep consists of teaching the client to enter a very deep state of natural sleep through a hypnotic suggestion. After the client is deep asleep, you learn how to add deep hypnosis to this state.

In Hypno-Sleep the conscious mind is not a participant in the program. It remains deeply asleep and the hypnotist has total unrestricted access to the individuals subconscious mind.

Suggestions given to the client in this state are not analyzed by the conscious mind, consequently, there is no resistance to the acceptance of suggestions and the information instantly becomes effective.

Be the first to review “Gerald Kein – Hypno-Sleep” Cancel reply